A Peace Bell in Novosibirsk

On June 25, 2009 a solemn unveiling of a Peace Bell housed in an Arch took place in Novosibirsk at the territory of Nicholas Roerich Museum. A pure and magnificent toll was floating over the town calling to all Peace Bells placed in different countries.

All around the world Peace Bells ring for Earth Day to remind the humanity about their unity and inspire them to maintain peace on the Planet and protect the unique beauty of the Earth. Peace Bell symbolizes universality, solidarity, harmony and constructive endeavors of people of the whole world. Besides it fosters people to actively participate in preservation of nature, life, and culture heritage on our Planet. The idea of the ceremony is to make people think about the maintenance of the Earth and all living beings during the time the bell sounds. John McConnel, the Earth Day Founder and creator of the Earth Society Foundation, believes this initiative allows all the humans realize that they are the Earth citizens.

The first Peace Bell was put up in 1954 at the United Nations Headquarter in New York City. It was cast from coins donated by people from all the continents including children. Since then many countries have supported this tradition. In Russia this tradition has been promoted and patronized since 1998 by Anatoly Nikolayevich Berezovoi, Soviet Cosmonaut, Hero of the Soviet Union.

During the day of unveiling nature favored this event. Clear rain washed the area around the Museum in front of the Arch twice before the guests came. It fell on the ground sending greetings from the magnificent skies. After that it cleared up and the June sun dried the pavements.

Citizens and guests of Novosibirsk came to the territory of Nicholas Roerich Museum and gathered in front of the Arch. People from the nearest houses at the Kommunisticheskaya Street were looking out of the windows. The floor was given to several known people. Here are those three who shared the privilege to be the first to strike the Peace Bell.

Vladimir Filippovich Gorodetsky, Mayor of Novosibirsk: Today, before the annual celebration of Novosibirsk City Day, our favorite holiday, we are unveiling the Peace Bell, which is the unprecedented event in the history of Russian towns. The name of the Bell is cast in ten languages. This manifests the idea that our city is open to dialogue for the world community, all people who want to live in peace and harmony.

Anatoly Nikolayevich Berezovoi, Soviet Cosmonaut, Hero of the Soviet Union: Peace Bell encourages humans to think about the protection of Earth and our environment and the ways how to live in harmony with them. The Peace Bell can sound in any day significant for Novosibirsk and its inhabitants. May its ringing be heard both in Siberia and in the whole world!

Dmitry Alekseyevich Bakurov, Hero of the Soviet Union, Veteran of the World War II: During the Great Patriotic War Soviet people have demonstrated the courage and power of our country. The happiest things for us were to face the Victory in 1945 and to restore our economy from the ruins. We ought to preserve the Peace.

The Bell tolled three times over Novosibirsk appealing to the Peace on Our Planet. White turtledoves shot upwards in the sky. White messengers of peace in the universal infinite sky.

Earth Flag, a symbol of the Earth Day designed by J. McConnel, depicting Our Planet against the dark blue background – the Blue Marble on a blue field as seen from the outer space –was solemnly handed to the Memorial Museum in the name of Y.V. Kondratyuk. During special dates these two symbols, Peace Bell and Earth Flag, will unite. In other days they will silently encourage people to care about our Planet and its inhabitants.

The opening ceremony was followed by the cultural program at Nicholas Roerich Museum. It started with a short slide film which introduced Peace Bells in different parts of the world. A.N. Berezovoi, a cosmonaut, made a presentation about the Peace Bell tradition and answered questions. Finally, a piano and vocal concert was performed by Elvira and Anatoly Polonsky, Novosibirsk National Concert Hall, and Olga Kolobova, Novosibirsk Opera and Ballet Theatre.

A special issue of the Journal Voskhod was edited by the Siberian Roerich Society for this event. It focuses on three major world irenic movements such as International Red Cross and Red Crescent Movement initiated by Henry Dunant, a Swiss businessman and social activist; Banner of Peace and Pax Cultura founded by Nicholas Roerich; and Peace Bell implemented by Japanese social activists. Thus lofty ideas connect people all around the Earth. 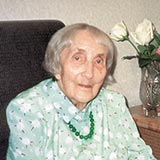 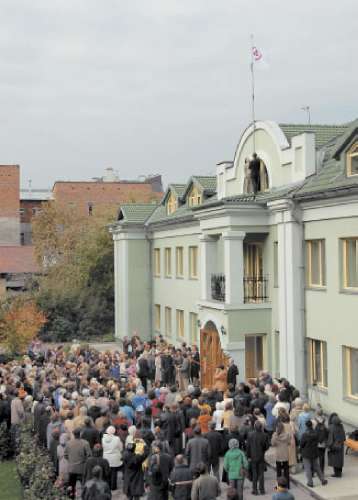